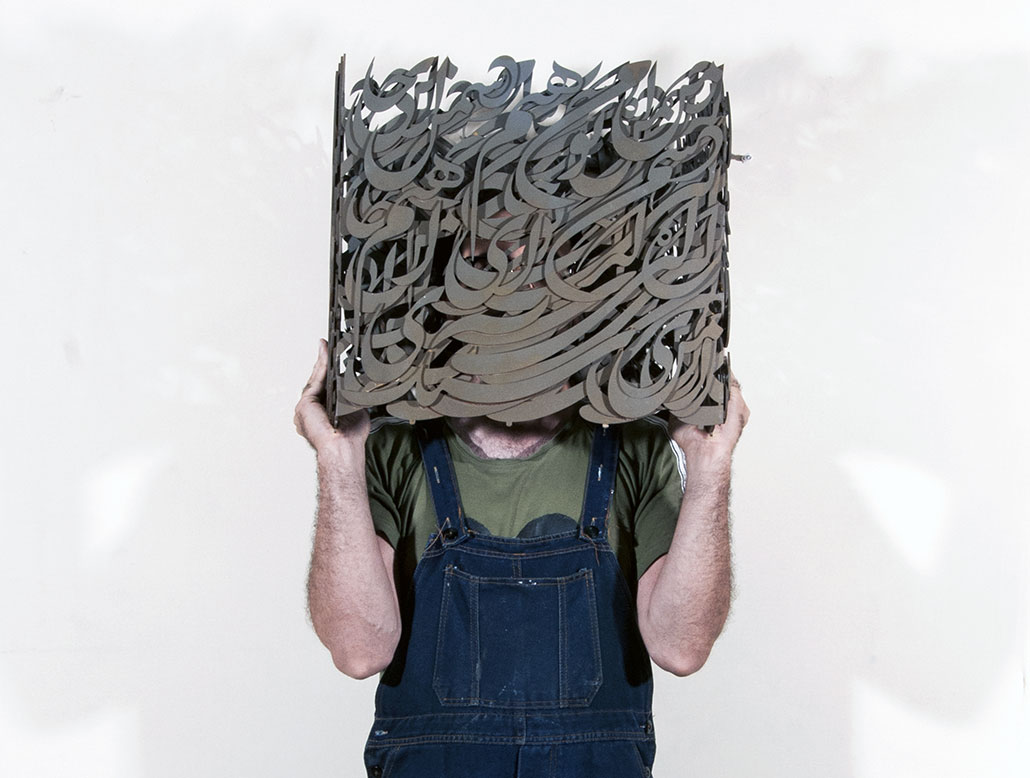 Alireza Astaneh is known as an artist who makes a phenomenon, free from all its values while he is appreciating that. Being calligraphy to its essence, his works embrace a different principle. Astaneh has created the formal structure of his works by the inspiration of originality of Minimalism; this can be observed by titling of his series, as well. Later, Astaneh’s visual achievement found its trends to Modular Art. The recent art series of Astaneh while carrying neo-conceptual artificial implications associates the geometric method of Islamic architecture. He tries to show an equality between contemporaneity and the idea of being meaningless by his emphasis on the artificial mood of repetition. Actually, he consciously persists on his art style in order to reveal his despair of elitism.

Astaneh’s works should be realized as an evaluation in the concept of identity among new generation of Iran’s art, when he presents something new of his own identity by looking back to the past.

“Part of a note by Shahrouz Nazari“