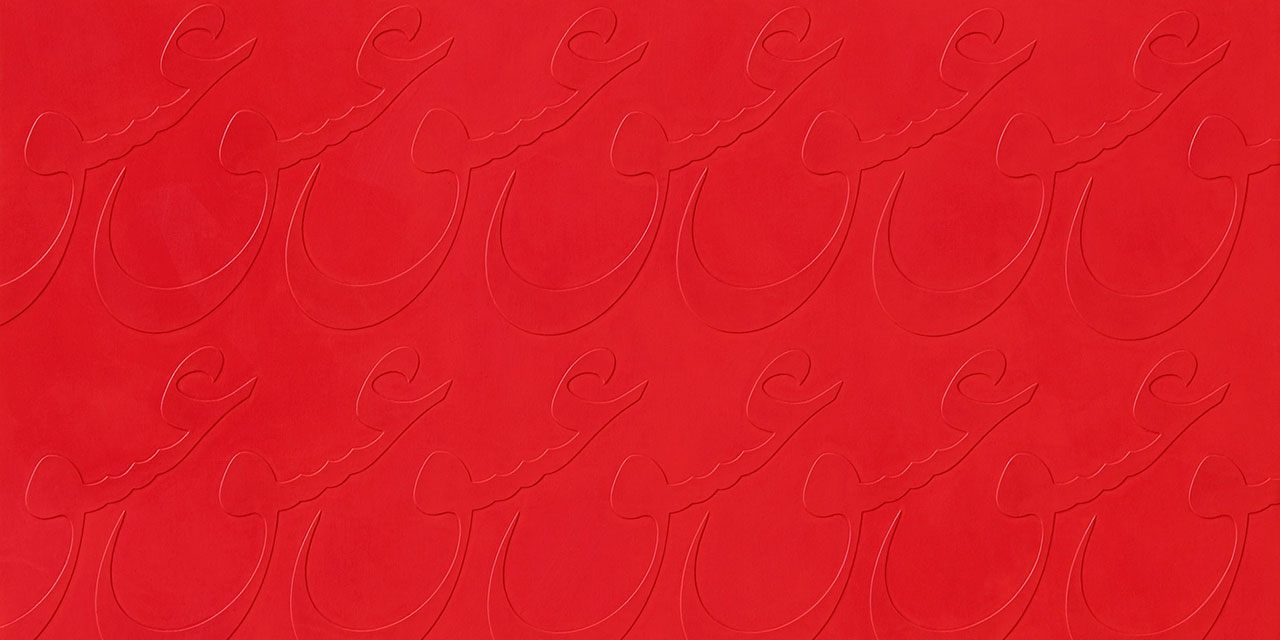 At the height of his youth and beginning of his success, Alireza Astaneh is proudly continuing one of the strangest traditions in the history of entertainment calligraphy in Iran. This is why I am so glad he is among us and active: it is great that he works and his work is great. The first time I met him, he presented a sample of his work which I could not believe to be the work of a youth of his age (he is of the same as my son, Takin). Later on, when I saw more of his works, I offered all my appreciation and affection, which I am continuing to do through writing these lines.

Nakhoni (fingernail) Script must be an Iranian invention, yet I still have not seen an example dating back more than three centuries. This amazing art/craft testifies to the skill and creativity of ancient artists who constantly expanded and searched for new grounds for the structured and exquisite art of their time. While relying upon and deeply connected to common traditions, they were also looking for new innovations.

Nakhoni Script is a method in which the artist embosses and makes writing apparent only through a slight pressure of his fingernails on the back of a delicate piece of paper. Other historical examples can also be find portraying flowers, birds, lovers, buildings or landscapes. What is curious about it is that the work is not clearly visible at the first glance unless lit from a particular angle and it is then that the text or image becomes visible.

The tradition was abandoned completely for about a century until few contemporary artists paid became interested in it giving it a new life.

Alireza Astaneh, a skillful calligrapher, pertains to this small group. If he is interested in Nakhoni script is not only to demonstrate his skill and extraordinary technical ability, rather he is attracted to very different and novel compositions and parallel to writing Nasta’liq script, he also combines different scripts creating exquisite and complicated combinations. One can point to compositions inspired by siyahmashq which, in their own way and particularly in his Shekasteh Nasta’liq writing, are delicate, powerful and fluid.

Hopes for the continuation of traditional arts is fortified by observation of an enthusiast, hardworking and talented young generation and it is pleasurable to see how they add to the methods of the past opening up new perspectives.